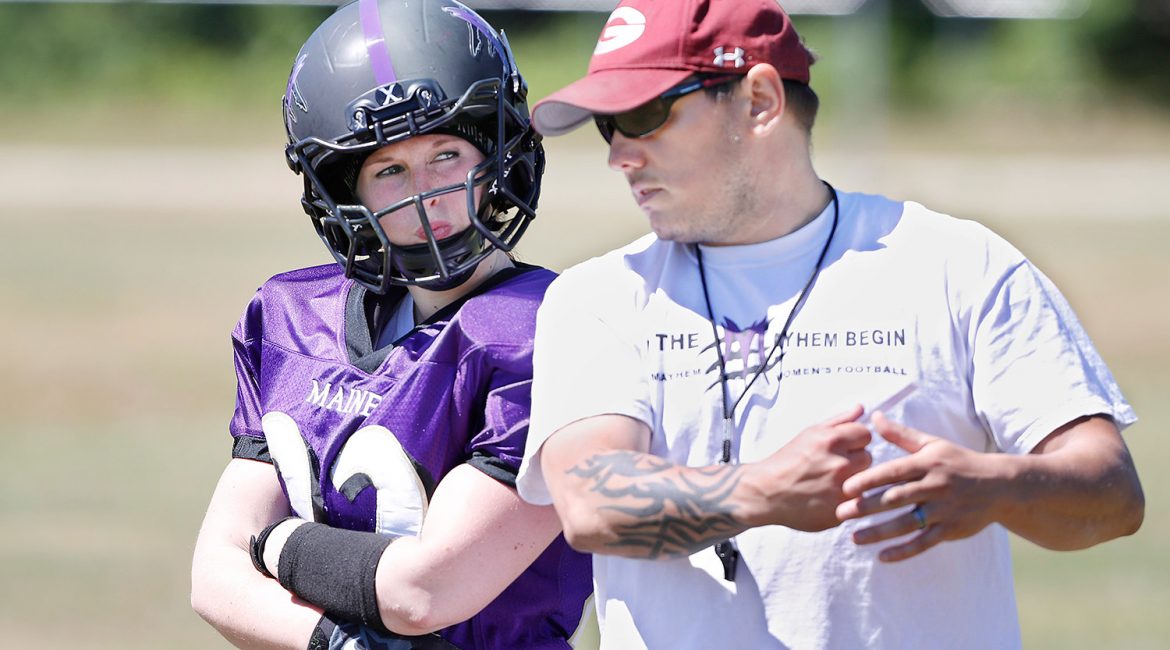 For years, the women who played tackle football in Maine – from the Maine Freeze of a decade ago to the recently defunct Maine Rebels – often went an entire season without winning a game.

This year is different. The Maine Mayhem, a first-year team, will play during the Independent Women’s Football League championship weekend later this month in Charlotte, North Carolina.

“Everybody is so excited,” said Alicia Jeffords, a running back, linebacker, team captain and much more for the Mayhem. “Our chemistry and attitude is so amazing from prior years, when we couldn’t wait for the season to be over. I know part of that is due to winning. But we also want to be together. Nobody wants this to be over.”

The Mayhem will play the Knoxville (Tennessee) Lightning in the Affiliate Bowl on July 22. The game will decide the championship of the league’s Affiliate division, which consists of seven teams that are first-year clubs or small-market teams.

At its top level, the IWFL has 26 teams playing in four conferences. The championship weekend will include the title game for those teams on July 23 as well as an all-star game that will include five Mayhem players.