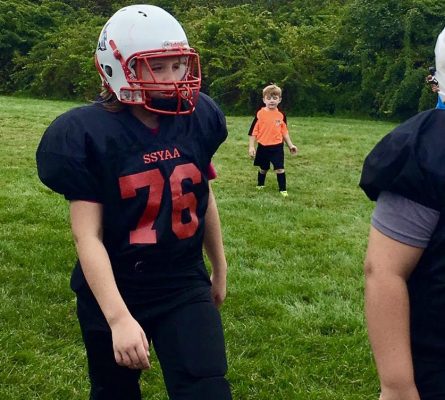 Grade: 6
School/Team playing for: Sanford PeeWee
Number of years playing football? First Year
Q: Other sports played or hobbies?
A: I Wrestle, both coed & girls divisions, & I also play boys Lacrosse! I like to make slime and hangout with my brothers and friends.
Q: How does it feel to play football on a predominantly boys team?
A: I’m used to being with mostly boys because I have two little brothers and also because of wrestling and lacrosse so it was easy to join the team & give it a try. And I love it !
Q: What is your favorite thing about the game of football?
A: Tackling
Q: What would you tell other girls who want to play but haven’t yet?
A: Go out and give it a try & don’t worry about what anyone else thinks!! 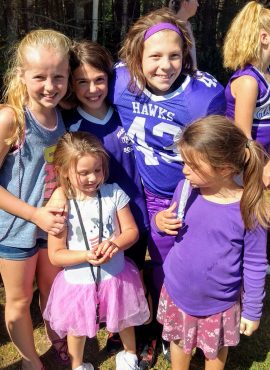 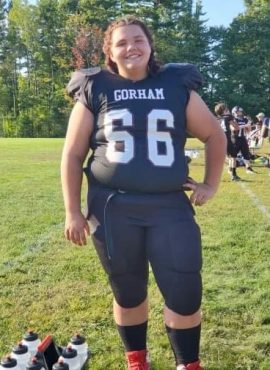 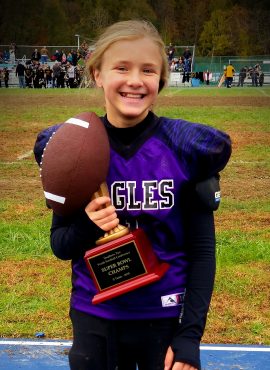 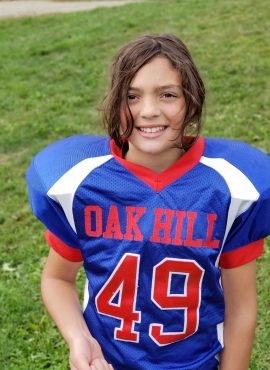 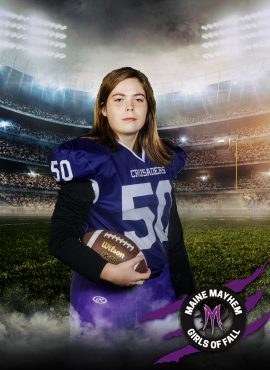 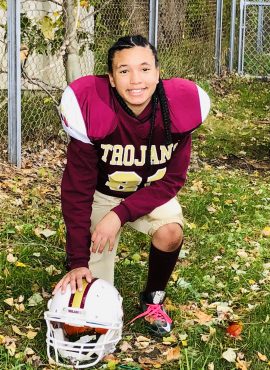 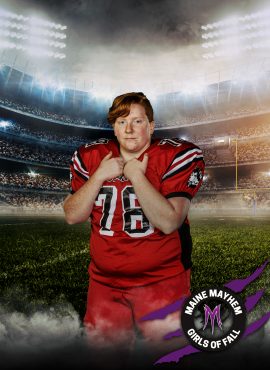 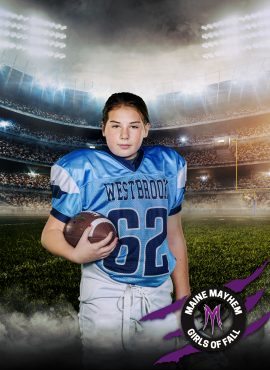